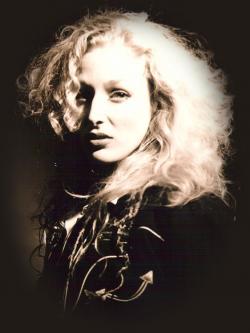 See Shannon on stage in Hedwig on Broadway from Tuesday, September 30th through Sunday, October 5. Click here to find out more.

Shannon is an immensely talented singer/entertainer, actor and voiceover talent who's equally at home on stage, screen or in the recording studio. Shannon was recently thrilled to make her Broadway debut as the understudy for Tony-Award winning Lena Hall in Hedwig and the Angry Inch.

But Shannon's talents range far beyond her role in Lez Zeppelin. She also performs as lead singer of Shannon Conley and High Society, a big-band jazz group where style and elegance are the order of the day.

And lest things get too highfallutin', Shannon is also the ringleader of Shannon Conley and the High Life Party Band, where a mix of danceable rock, blues, funk and soul is guaranteed to get 'em up on the dance floor.

She is, of course, also a natural for jingles and/or voiceover - take a listen to some samples on the Jingles and Voiceover page.

As an actress, Shannon has most recently starred in "Downsized," the Writers Guild Award nominated web series the Los Angeles Times called the "Best Straight Drama on the Web." Take a look at some of her work on the Actor page.

For booking inquiries, you can leave a message on her Contact page.

Thank you for stopping by and... Enjoy!

Shannon Conley is a member of SAG - AFTRA - AEA